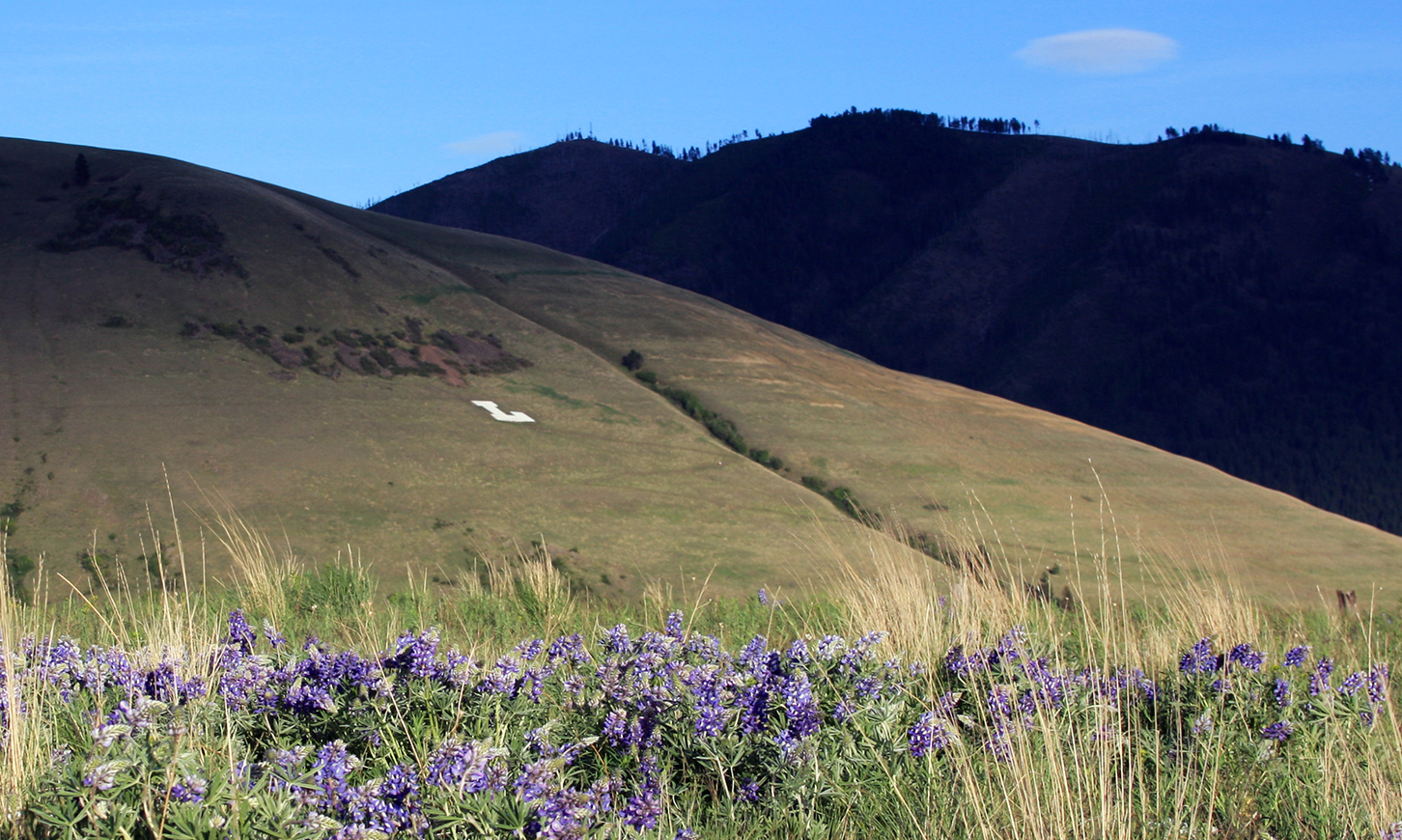 It’s hard to imagine Mount Jumbo as anything other than the community space it is today. The bald summit, stamped with a bright white “L” is an iconic piece of the Missoula skyline.  The mountain’s open slopes and timbered flanks guard the mouth of Hellgate Canyon, provide important wildlife habitat, and offer locals expansive views and a beloved network of trails. But just twenty years ago, Jumbo’s future was much less certain.

As the population of the Missoula boomed in the 20th Century, people began building homes up into the Rattlesnake Valley. By the late 1980s, a dense subdivision was planned for Jumbo’s saddle. This part of the mountain, as well as being a scenic vista, is prime wintering habitat for the area’s local elk herd.

The entire community became engaged in the effort, from schools to church groups to service organizations, and both city and county governments. Mount Jumbo became a household word. By the fall of 1995, Five Valleys Land Trust had signed options to purchase all four privately owned properties on Jumbo totaling 1,600+ acres for a total of $3.3 million.

On a snowy November day in 1995 the citizens of Missoula turned out to vote overwhelmingly in favor of a $5 million dollar Open Space Bond, with $2 million earmarked specifically for Jumbo. Five Valleys Land Trust worked to raise the additional $1.3 million needed to complete the purchases, and thanks to the overwhelming support of the Missoula community, Save Open Space, the Rocky Mountain Elk Foundation, and the Nature Conservancy, the last of the four properties were purchased. By April 1997, ownership of Jumbo had been transferred to the City of Missoula, with Montana Fish, Wildlife and Parks and the U.S. Forest Service assuming ownership of smaller parcels.

This past November marked the twenty-year anniversary of the protection of Jumbo. Today, Jumbo continues to sustain elk, grace the valley with its beauty, and provide a host of Open Space recreation opportunities on our urban fringe. This cornerstone of the Missoula Valley continues to shape and define our community, and thanks to the landmark community effort to protect it, will for generations to come.