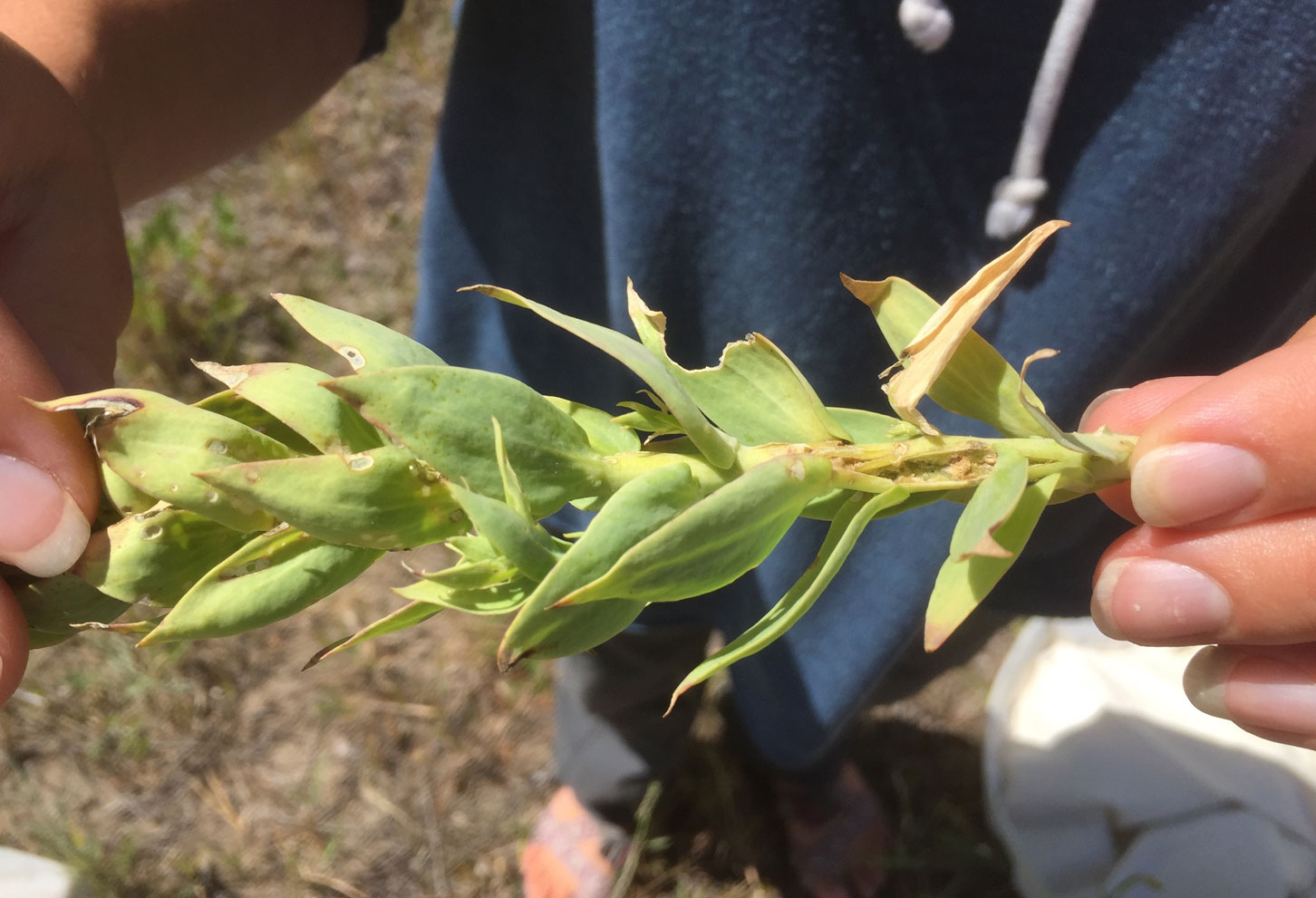 Biological Control of Noxious Weeds at the Confluence Property

As part of an integrated approach to noxious weed management at the Rock Creek Confluence Property, we released three species of biocontrol insects in the dense thickets of leafy spurge along the Clark Fork River last week.

Early on in our ownership of the Confluence Property we worked with the Missoula College's Heavy Equipment Operation Program to remove an artificial berm, which once ran along a man-made pond on the property. Thanks to Missoula College students, the berm is now history.  But the process of removing it involved moving and disturbing the soil, and disturbed ground is often where noxious weeds, like leafy spurge and Dalmatian toadflax, make their stand.

Leafy spurge flea beetles (Aphthona nigriscutis and Aphthona lacertosa) feed on the fine roots of leafy spurge during their larval stage and on the plant foliage as adults. Flea beetles have achieved excellent control of leafy spurge on many sites; however, they are sensitive to soil type and may not do well on heavy clay or very sandy soils. The two species of flea beetles prefer slightly different site characteristics. By releasing them in combination, the species best suited for the site will become dominant.

The red headed spurge stem borer (Oberea erythrocephala) is thought to be more effective at leafy spurge biocontrol in riparian areas where flea beetles may not do as well. This insect lays its eggs in the stem. Larvae feeding in the root crown and stem inhibit the ability of the plant to transport and store nutrients, resulting in reduced flower formation and stem death.  Adults cause secondary damage by chewing around and girdling the stems.

In addition, we released Dalmatian toadflax weevil (Mecinus janthinus) to help reduce the noxious toadflax that also has sprung up on the property. Mecinus janthinus are vicious against toadflax. The larve attack the stem of the plant, eating it from the inside, while the adults chomp away at the leaves.

Weed mitigation through biocontrols like insects are just one of the ways that Five Valleys' Stewardship Program is working to provide rich, modern information and methodologies to our conservation easement holders.  Check back to see how the flea beetles, red headed stem borers and Dalmatian toadflax weevils fared in our efforts to reduce and eliminate noxious weed infestations in the intermountain west.