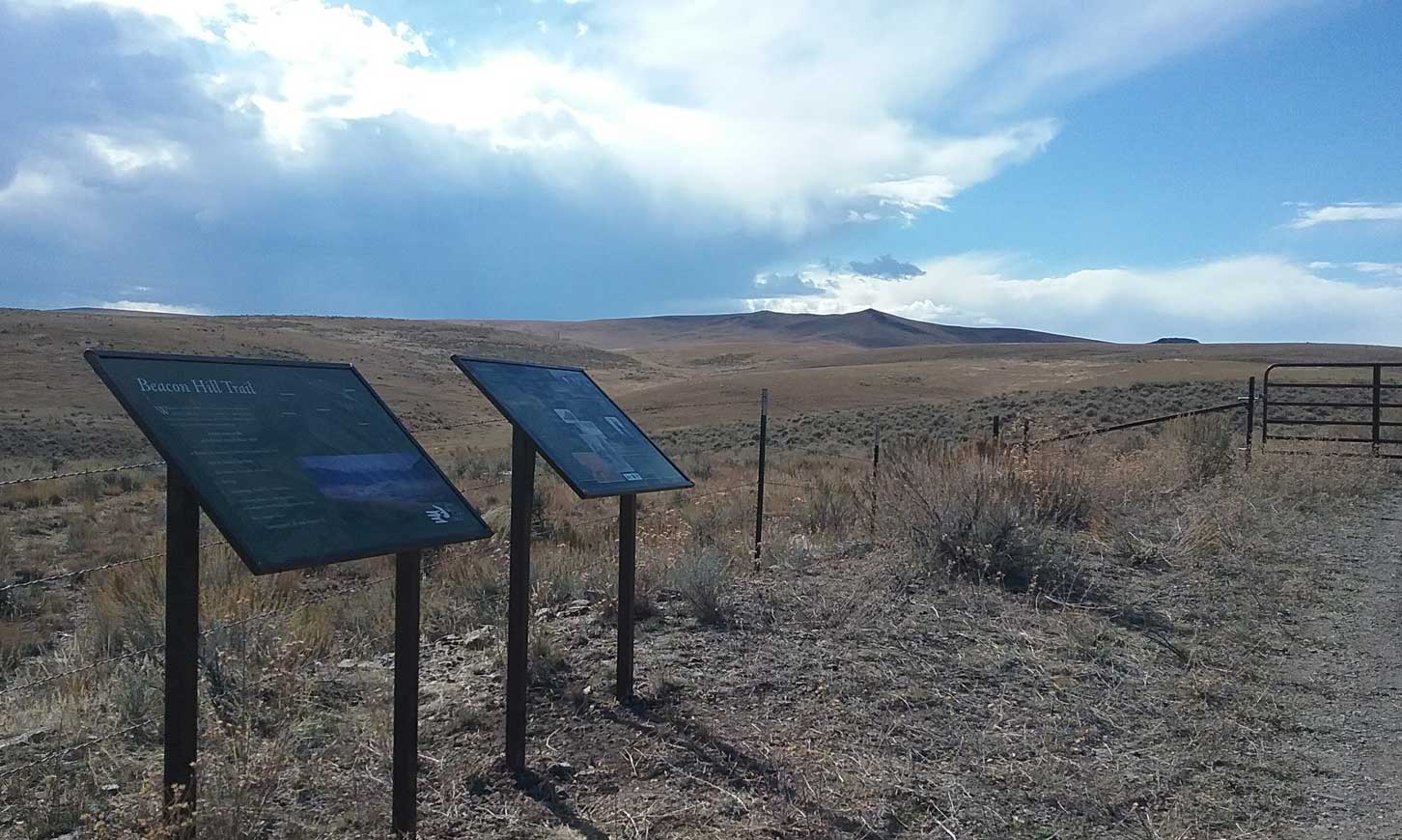 Last week, the Peterson Angus Ranch hosted a tour group of Confederated Salish and Kootenai Tribal members, who came to explore the public Beacon Hill Trail that runs through a part of the Peterson Ranch's conservation easement.  While the area is a culturally significant landscape, they also came to see the newly-installed interpretive signs at the trailhead, including one about tribes' ancestral use of Beacon Hill.

Over 50 tribal members of all ages attended the tour as a part of a two-day road trip to historical Bitterroot Salish sites in southwestern and west-central Montana. Beacon Hill was a popular place for native tribes to excavate flint, which had many uses. In fact, the Salish called the area, "Flint In The Ground."

The new interpretive signs at the Beacon Hill trailhead further explore our native tribes' use of and connection to the land around Drummond.  They also provide information on native flora and fauna, as well as the conservation easement itself. In 2017, elders from the Confederated Salish and Kootenai Tribes plan to officially dedicate the Beacon Hill Trail.  Five Valleys is looking forward to the dedication, and is excited that the land and culture of Beacon Hill is getting the attention it deserves.

Learn more about the Tribes' tour of Beacon Hill in the Char-Koosta News.