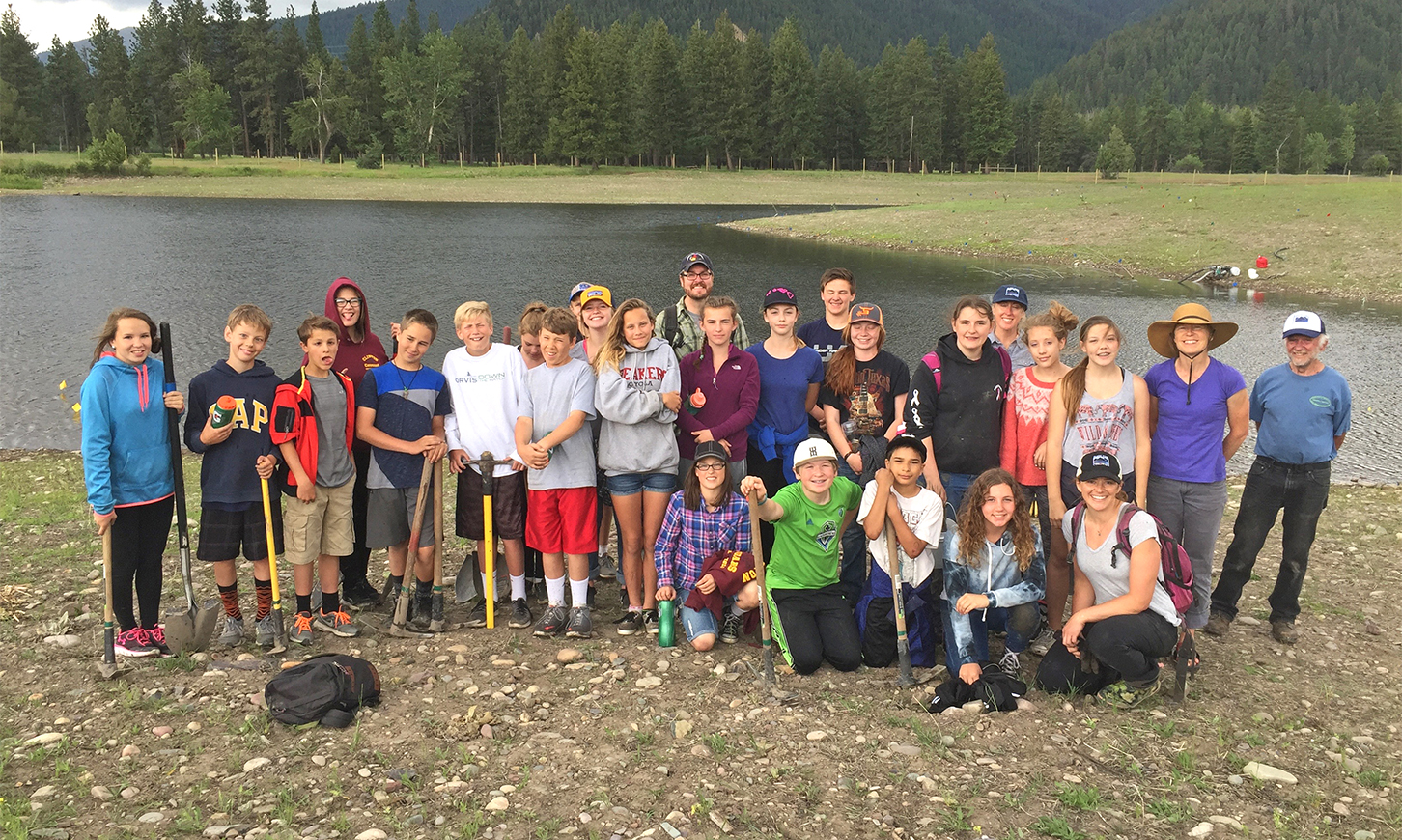 Celebrating a Decade at the Rock Creek Confluence

Ten years ago, in 2012, Five Valleys embarked on a new era: owning land outright, for the long term. That year, with the help and support of many partners, donors, and Rock Creek neighbors, we purchased the 300-acre Rock Creek Confluence property east of Clinton.

Many times, Five Valleys has owned properties for the short term in order to facilitate public land acquisitions. But owning the Confluence was different, and it’s expanded the bounds of how Five Valleys can serve our community.

Right from the beginning, the Confluence has been an incubator for innovation by providing a natural classroom. In preparation for the subdivision that was once planned for the property the land saw extensive excavation. So, Five Valleys engaged students from Missoula College’s Heavy Equipment Operation Program to recontour the land. Afterward, graduate students from the University of Montana and Clinton School 7th graders developed and implemented land restoration prescriptions.

Veterans’ groups have used the Confluence as a place to learn chainsaw and fire mitigation skills through helping with forest thinning projects. These efforts have been bolstered by an army of volunteers who have helped to clean up the property, spread grass seed, and plant nearly 600 shrubs. The Confluence also facilitates long-term research: the University of Montana Bird Ecology Lab has had a bird banding site here for the last seven years, and Montana State University researchers are currently in their 5th year of a long-term weed study.

The Confluence was also the first place that Five Valleys began our work to provide universal public access. In 2017, Eagle Scout Rex Koenig broke ground on the Confluence’s 1/3-mile universal trail - a rare feature in our rugged landscape. Building off that project, we partnered with Brenden Dalin and Summit Independent Living to improve the trail, and over the years volunteers from First Interstate Bank, Anderson ZurMuehlen, Boy Scout Troop 1911, Rock Creek neighbors, and our own Hands on the Land volunteers have helped to maintain it. We’ve also taken the lessons learned at the Confluence and translated them to other universal access projects, including hosting a universal trails and equitable access seminar in 2020.

More than anything, Five Valleys’ ownership of the Confluence has reduced barriers to connecting people to the land. The site has hosted elders from the Confederated Salish and Kootenai Tribes, providing opportunities to reconnect with Np̓nétk (Rock Creek or “Logs in the Water”). Five Valleys has also nurtured partnerships with dozens of organizations, including the Clark Fork Coalition, Youth Homes, Missoula Insectarium and Butterfly House, Montana Natural History Center, City of Missoula Parks and Recreation, Soft Landing Missoula, and Backcountry Hunters and Anglers, who are able hold both children's and adult programs at the Confluence without paying an access fee.

The Confluence has also changed the way Five Valleys thinks about our role in the communities we serve. We currently own three properties: the Confluence, 160 acres of Marshall Mountain acquired in 2015, and the 9.5-acre Lincoln Community River Park that we purchased in 2016. Owning land has given Five Valleys a taste of the land management challenges that our conservation easement landowners face every day, enabling us to provide better stewardship support.

Our 10th year is already shaping up to be another full season. The universal trail recently got a new, wheelchair-friendly bridge thanks to Lion Lumber & Build. Later this spring, thanks to support from AARP Montana and the Historical Museum at Fort Missoula, we will install a solar audio post to help share the Confluence’s story in a new, more accessible way. We are also undertaking a universal access and land management planning process that will guide the vision for the property for years to come.

If you haven’t yet explored the Confluence, you have adventures ahead of you. And thanks to our supporters, Five Valleys will continue to provide the most precious natural resource there is – land.