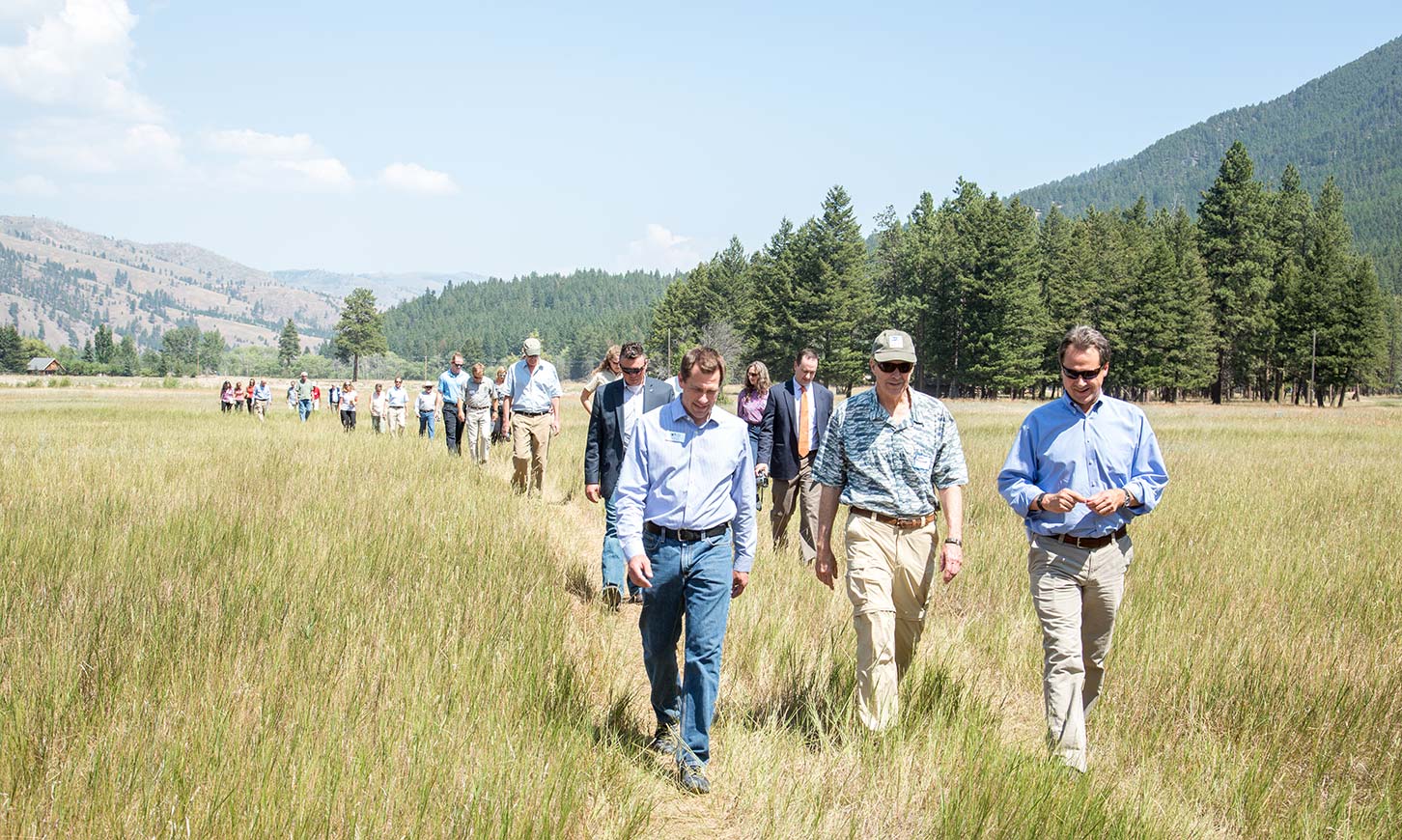 July was Montana Open Land Month, a time to celebrate what makes our state so special. Governor Steve Bullock chose to acknowledge the month by touring Five Valleys Land Trust’s Rock Creek Conﬂuence property, where Rock Creek and the Clark Fork River come together, at a small event on July 8, 2015. The governor and his staﬀ were instrumental in securing $400,000 in state funding toward the purchase of the 300-acre property, recognizing the signiﬁcant natural habitats for native plants and ﬁsh and wildlife, which are important to the ecological integrity of the Rock Creek and upper Clark Fork River valleys. Governor Bullock heard from community members who have worked with Five Valleys to protect and restore the Conﬂuence property that was once slated for a 38-lot subdivision.

Rock Creek resident Roy O’Connor told the governor, “We make the Clark Fork a much friendlier river for ﬁsh and for animals once we put this really clean Rock Creek water in it.”

Since purchasing the property in 2012, Five Valleys has worked with students from the University of Montana and Missoula College on a number of projects including vegetation management plans, removing the manmade berm and ﬁlling in an artiﬁcial pond. Professor Cara Nelson from the School of Forestry and Rod Frost from Missoula College were on hand to tell the governor how much these projects beneﬁt their students because they provide a valuable, real world classroom.

Executive Director Grant Kier said, “The future of this place is very bright. And we’re really excited about the restoration work that’s already taken place and we’ll continue to improve public access on the property. I think generations to come will really enjoy seeing what happens here, and watching the property ﬂourish over time."

Governor Bullock told the group that the Five Valley's tour was the only formal event he was taking part in for Montana Open Land Month, which was a great honor for all of us at Five Valleys Land Trust.

The governor tweeted the following after touring the Conﬂuence property, “Montana open lands are a promise to future generations—our children and grandchildren—that the state that we call home, the state that we love, will be protected for them, so that rather than hearing from us about all of the amazing things that Montana once was, they can experience these things ﬁrst hand.”