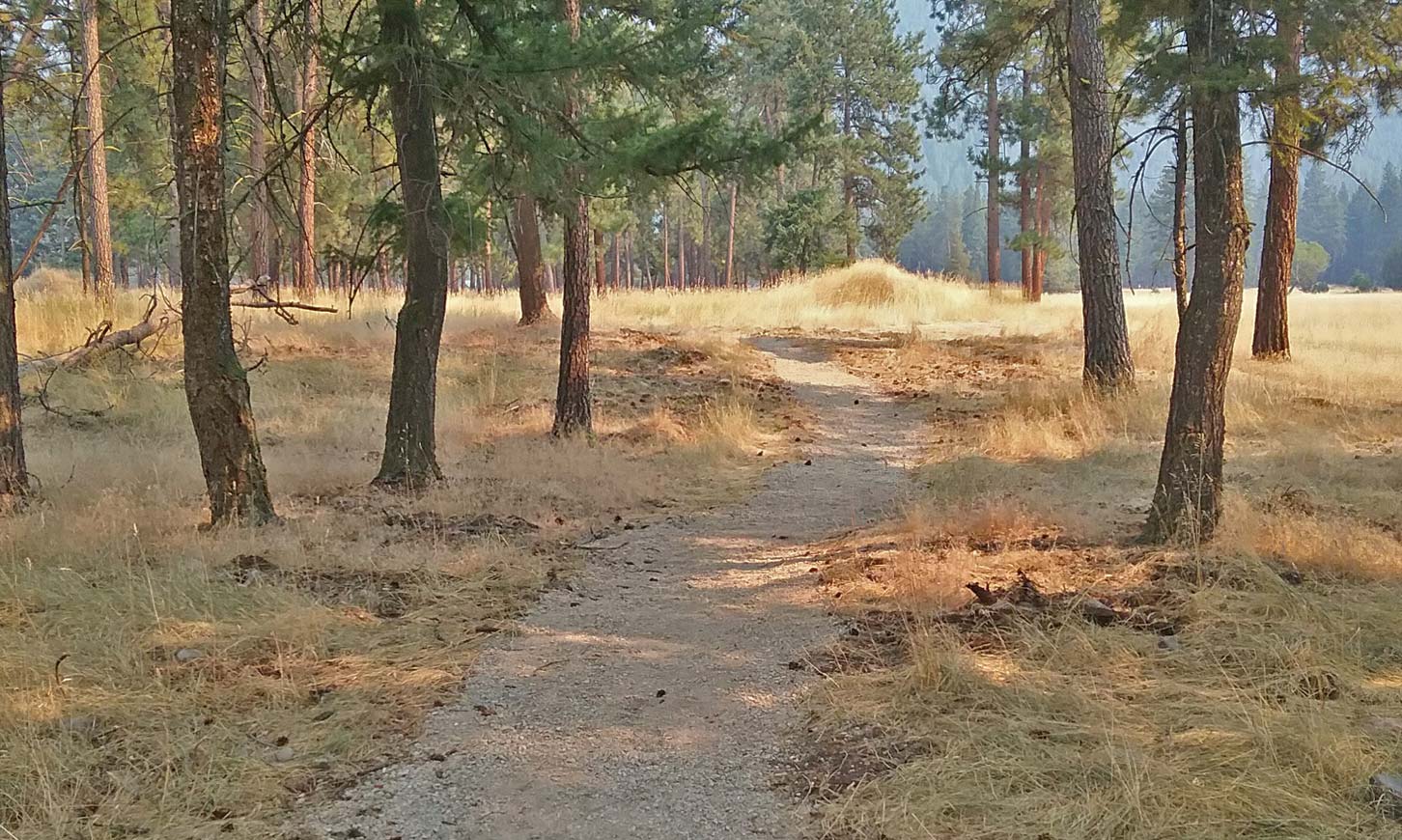 Making The Confluence Property Accessible To All

This summer, Five Valleys was able to complete a long-sought goal of our Rock Creek Confluence Property: making it accessible to everyone, including those in wheelchairs. Thanks to Eagle Scout Rex Koenig, the west side of the property is now home to a wheelchair-accessible trail, a rare thing in our rugged western Montana landscape. Rex’s project would have been a major undertaking for anyone; but as Rex is just starting high school this fall, it makes his success all the more impressive.

Rex directed and planned the entirety of the project. He, and his mother Gwen Jones, drummed up funding and materials donations for the project, planned, graded and dug out the trail, arranged to have gravel delivered and organized a volunteer crew that worked many long days to ensure that the trail would not only last, but would be a trail that those in wheelchairs could enjoy worry-free. Earlier this month, three volunteers with Summit Independent Living tested the trail in their chairs and provided feedback. All the volunteers made it down the trail, but with more time, use and moisture, the trail will be even better.

In addition to Rex's trail, members of the Shepherd of the Hill Presbyterian Church, of Puyallup, Washington, came to Montana for their mission trip this summer to volunteer for local organizations including the Missoula Food Bank, the Poverello Center, and Five Valleys. The group spent two days over the Fourth of July working at the Confluence Property. Their most impressive contribution was a pedestrian bridge over a ditch that adds the finishing touch to Rex’s trail. The youth group assessed the site, determined the appropriate grade for the bridge ingress and egress to accommodate wheelchairs, and constructed the bridge using reclaimed lumber from an old outbuilding on the property. Thanks to their ingenuity and hard work, the west side pedestrian trail is now complete!

"The remainder of our trip was adventurous and rewarding, but building the bridge is what the youths always mention first when telling the story of our trip.  Five Valleys has made a lasting impression on us." - Jay Kennon, Shepherd of the Hill Presbyterian Church

The overall project also includes plans for interpretive signs along the trail route.  The signs will highlight local flora and fauna, area history and lore, and Five Valleys’ restoration efforts.  Five Valleys will be working with Rex to complete these signs in the coming year.

The two trail projects and the plans for signage dovetail perfectly with the completion of the heavy equipment work at the Confluence, which has been occurring for the last three years. Students from the Missoula College’s Heavy Equipment Operation Program helped us to re-contour the land, remove an artificial berm and most recently prepared the west side’s parking area, which serves as the new trail’s trailhead.

Five Valleys is looking forward to having visitors of all mobilities enjoy expanded public access at the Confluence for years to come.