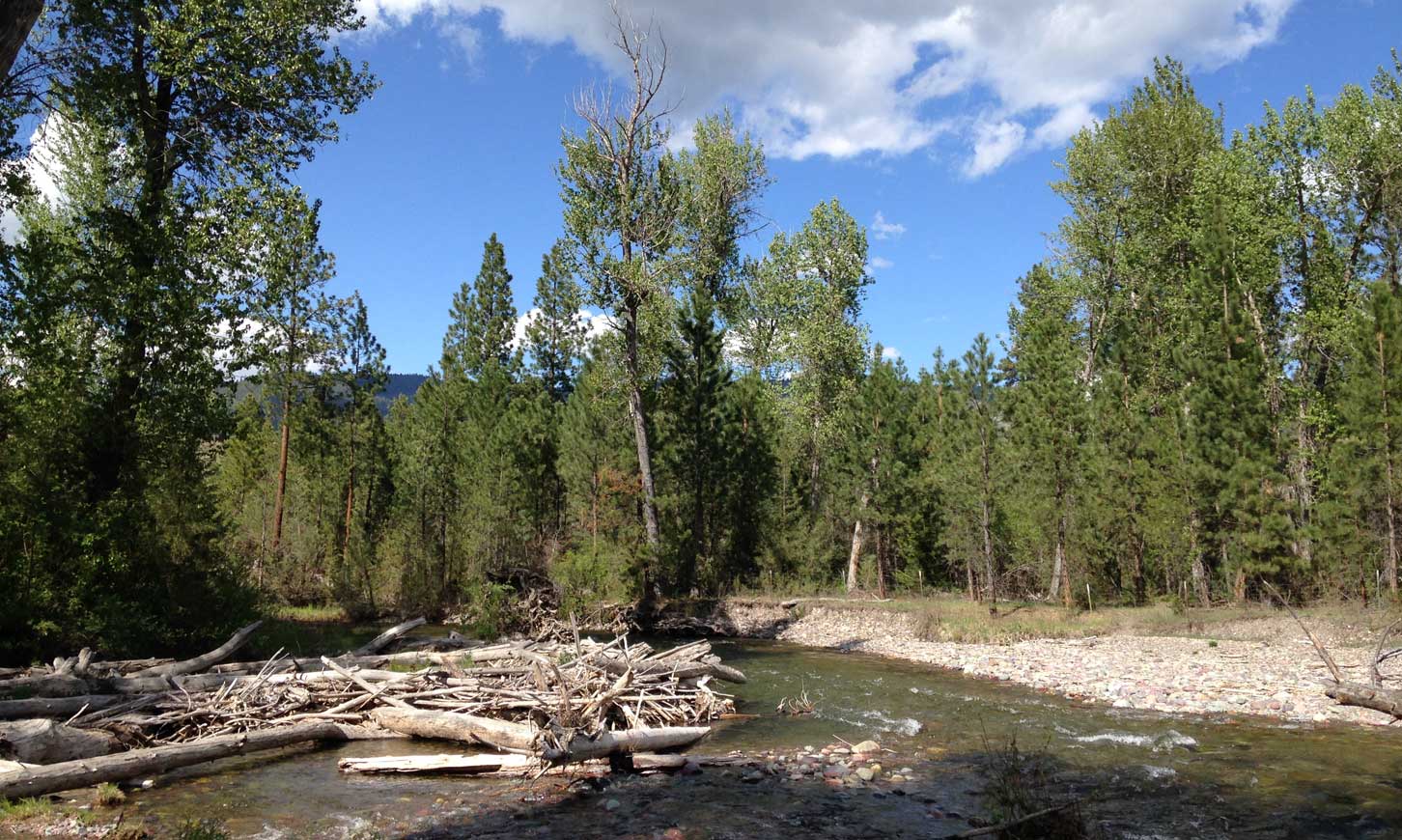 Five Valleys is pleased to announce the finalization of the McGahan-Jocko conservation easement near Arlee. Landowners Jerry and Janet McGahan, who donated their 25-acre easement, finalized it in May.

For over 40 years, the McGahans have worked to care for their land as the land cares for them: They once ran a honey business from their home, and today Janet continues to raise bees, curate an apple orchard and tend to their garden. While the land has been a haven for the McGahan family, it is more so a haven for the valley’s abundant wildlife. The easement includes nearly 2,000 feet of the Jocko River, which is home to two species of native trout: westslope cutthroat and bull trout. On the river’s banks, black cottonwoods, ponderosa pines and a diverse mix of understory shrubs provide habitat for great-horned owls, bald eagles, black bears, moose, bobcats, and a variety of year-round and migratory songbirds.

The land is also significant for its proximity to the Confederated Salish and Kootenai Tribe’s Esyapqeyni, or Arlee Celebration grounds. During the annual summer celebration, the McGahans open their land to tribal members so that they can cool themselves in the river.

Sadly, Jerry passed away this fall. He will be greatly missed. He and Janet’s easement will help safeguard the river and the land they both loved, in perpetuity.