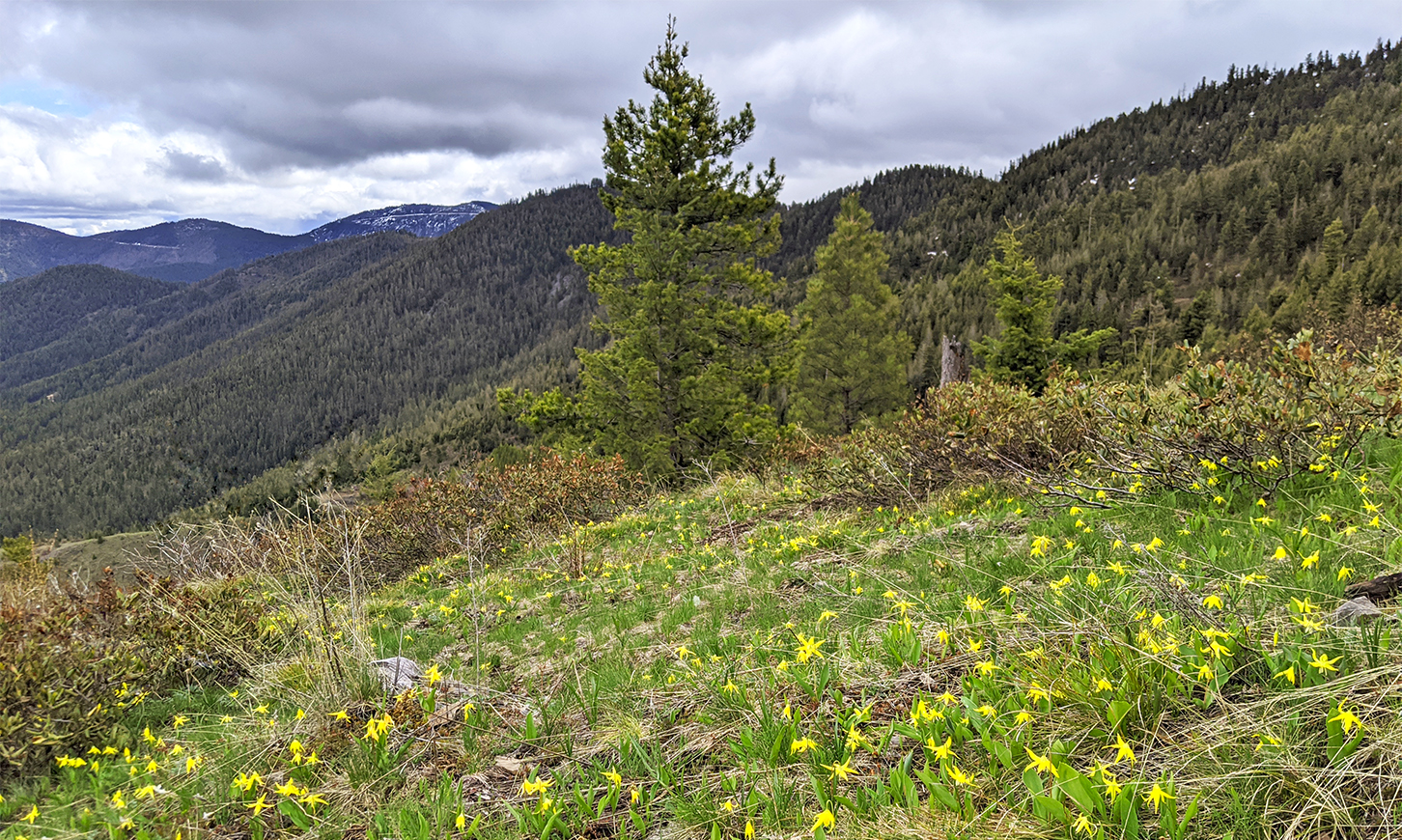 Five Valleys is thrilled to announce that we were recently awarded a $75,000 Montana, Fish, Wildlife and Parks’ Recreational Trails Program (RTP) grant that will enable the construction of nearly five miles of new trail on Mount Dean Stone, expanding recreational access for a growing Missoula and relieving pressure on existing trails and open space areas.

The House of Sky Trail will be a 4.6-mile non-motorized trail that will form the backbone of the Mount Dean Stone trail network. The trail will unite the Mount Dean Stone landscape by connecting open space areas on the northern side of the mountain with a 2,500-acre parcel on the south side of Mount Dean Stone, managed by The Nature Conservancy (TNC). TNC is generously allowing public access and trail development on this rugged and scenic parcel while working together with Five Valleys to apply for a USDA Community Forest partnership for the southern portion of the complex.

The House of Sky Trail will run just below, and adjacent to, the Mount Dean Stone ridgeline, from the recognizable radio towers east to Skyline Ridge above Deer Creek Road. The modern trail design will provide a backcountry feel only minutes from downtown Missoula, and the use of contemporary trail building techniques will limit impacts to wildlife and native plant communities while minimizing future maintenance needs.

“The success of securing RTP funding is largely the result of the devoted efforts of the Mount Dean Stone Committee. This is an exciting turning point after several years of listening and careful evaluation of the needs of both people and the land. As we have seen, during uncertain times our community relies on our open lands. The timing of this award couldn’t be better in terms bringing forward thoughtful, expanded access to our community open spaces,” says Whitney Schwab, Five Valleys’ new Executive Director.

Five Valleys applied to the competitive RTP program in January. The program is funded by the Federal Highway Trust Fund, and represents a portion of the motor fuel excise tax collected from non-highway recreational fuel use. Public comment on proposed projects was invited in February and March, and awards were announced in April.

‍Read more about the announcement from the Missoula Current

Want to get Mount Dean Stone updates in your inbox? Sign up to receive Five Valleys e-news update emails.