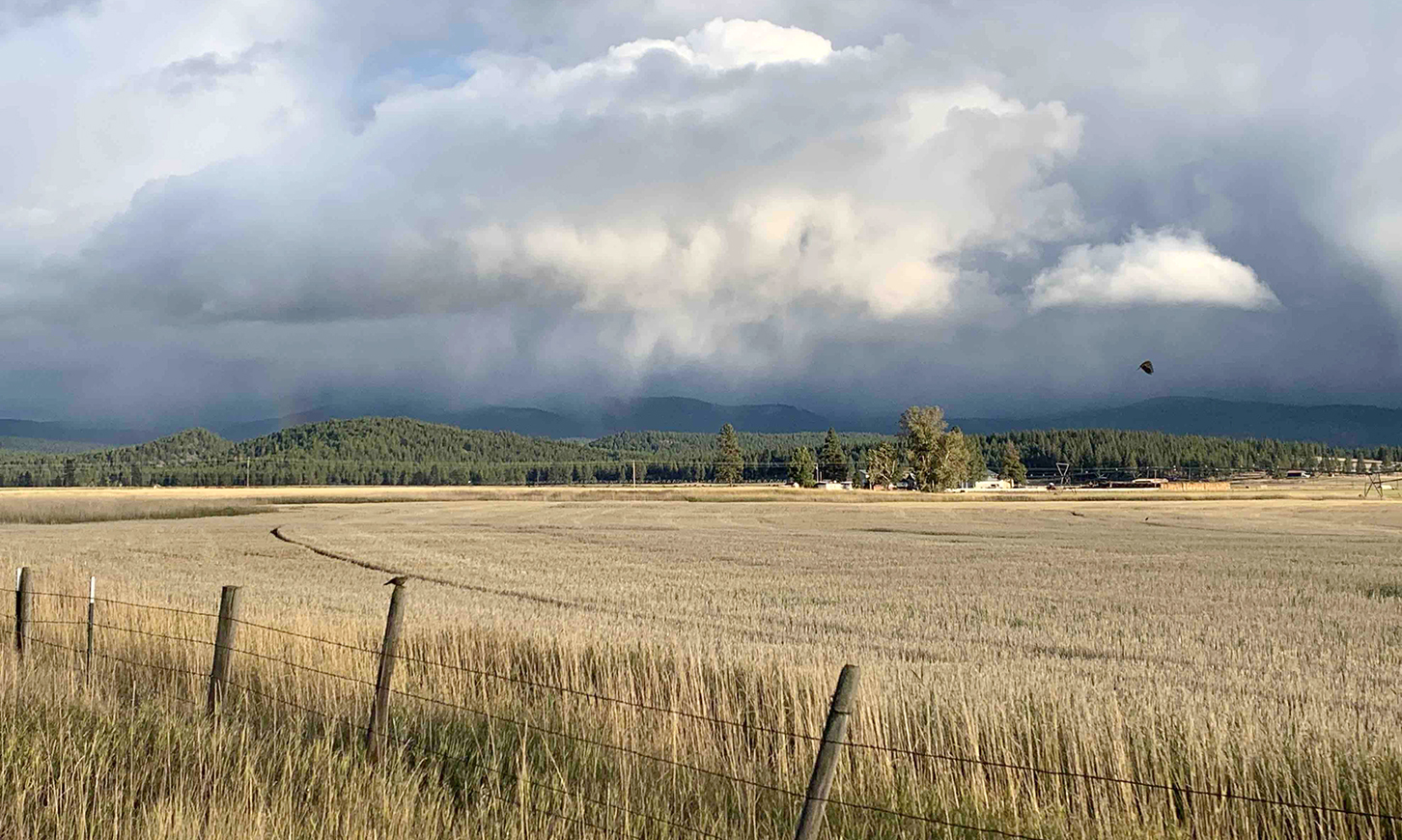 This month, just as the larches began their anticipated autumn change, landowners Barbara and Hugh Sheehy celebrated the conservation of their 194-acre ranch in the Potomac Valley. Thanks to the Sheehy’s vision and generosity, their ranch will remain intact for both agricultural use and wildlife habitat in perpetuity.

Potomac is an area Five Valleys has long prioritized for conservation. The valley’s rich soils, and the forested Blackfoot River watershed that surround it, have nourished both humans and wildlife for generations. Located in the heart of the valley, and surrounded by many neighboring farms and ranches, the Sheehy Ranch plays an important role in this landscape.

The entire Sheehy Ranch is used for agricultural purposes, as it has been going back at least a century. Since purchasing the ranch nearly a decade ago, Barbara and Hugh have kept it in agricultural production. Today the ranch supports a cow-calf operation and a hay crop. In addition to honoring the property’s agricultural past, the Sheehys have also worked to and enhance it for the future by upgrading the ranch’s irrigation system and utilizing a grazing management plan to support plant production and soil health. A full 100 acres of the Sheehy Ranch is comprised of soils of local or statewide importance, as ranked by the Natural Resources Conservation Service (NRCS).

At a landscape level, the Potomac Valley provides important habitat connectivity for wildlife species moving between the Mission Mountains and Bob Marshall Wilderness to the north and the Northern Bitterroot and Pintlar Mountain Ranges to the south. Some of these species include deer, elk, black bears, numerous smaller mammals, sandhill cranes, tundra swans, and green-winged teals. The Montana Natural Heritage Program has documented seventeen wildlife Species of Concern on or around the property, including grizzly bears, bobolinks, and peregrine falcons, as well as two plant Species of Concern, deer Indian paintbrush and Howell’s gumweed.

Over the years, Five Valleys has worked with several families in the Potomac area to protect their lands and support their agricultural livelihoods. These private conservation lands, when combined with the Sheehy Ranch, create a footprint of over 2,500 acres of protected, private, working lands in the Potomac Valley that is under Five Valleys’ care.

The Sheehy Ranch project was made possible by funding from the NRCS Agricultural Land Easement Program, the Missoula County Open Space Bond Program, donations from Barbara and Hugh Sheehy, and contributions from community supporters. We are grateful to the Sheehys, our funding partners, and our community for helping to making the conservation of this special place a reality.