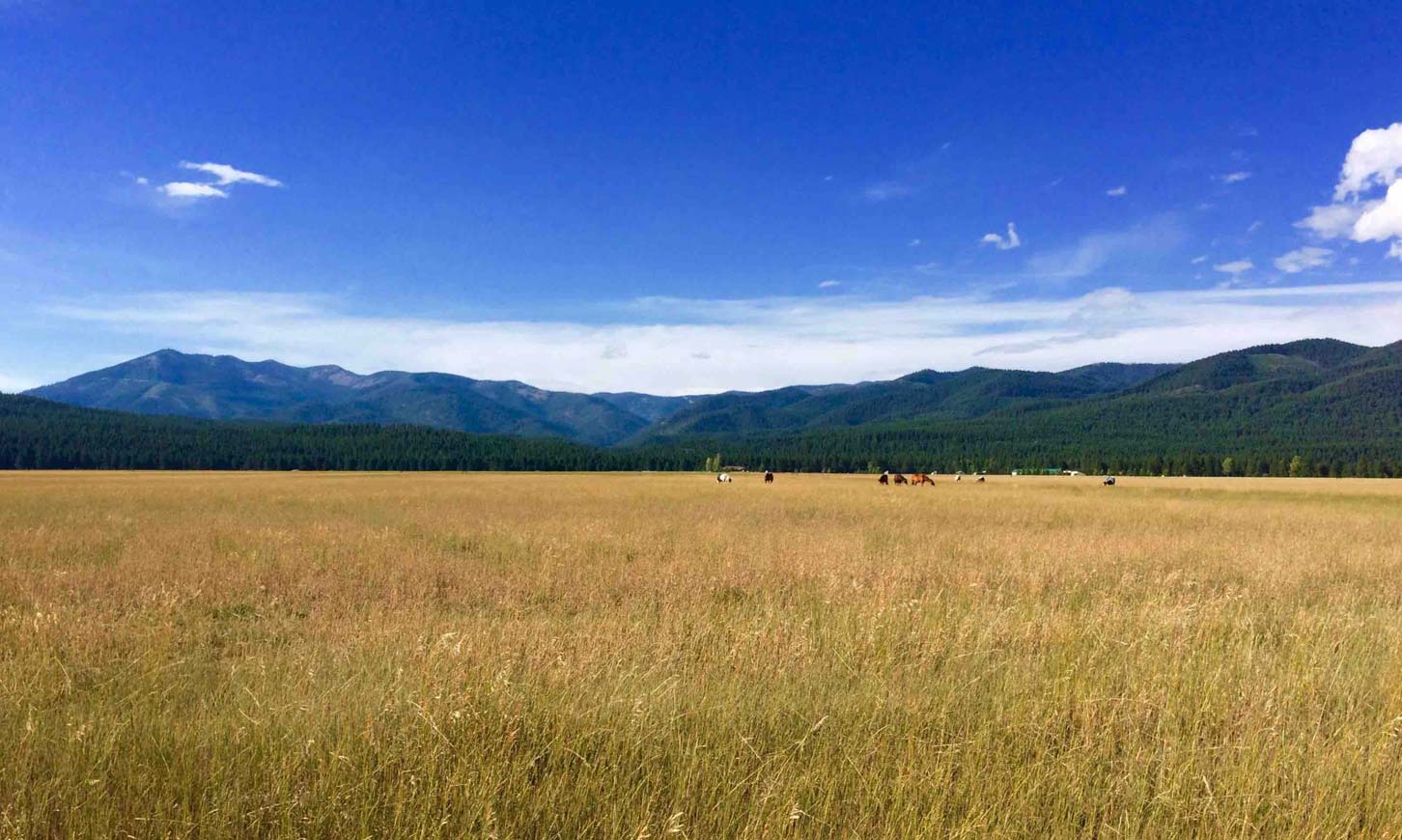 Five Valleys is excited to announce our newest conservation easement in the Blackfoot Valley, which was finalized in late February. Thanks to the Teague family, and funding from the LOR Foundation and the Missoula County open space bond, the 90-acre Teague-Woodworth Meadows conservation easement will protect open space for agriculture, wildlife and scenic views along Woodworth Road for generations to come.

Sharon and Randy Teague exemplify what it means to be good stewards of their land. The Teague property is a working farm and ranch: they work their property, of which 100% is prime agricultural soils according to the Natural Resources Conservation Service, for hay production and to raise Gypsy and Drum horses. But Sharon and Randy have never lost sight of what an extraordinary place Woodworth Meadows is in context to the larger ecosystem and community. Woodworth Meadows, while also being home to several other Five Valleys conservation easements, lies at the southern end of the Scapegoat and Bob Marshall Wildernesses, providing key wildlife habitat.

One of those species are curlews, which spend each year nesting and raising their chicks among the tall grasses of the Teague's pastures. At the easement closing celebration, Randy related the story of how he used to fire up his equipment every spring to spread out their horses' manure, as fertilizer for their pasture. Randy would often take note of the funny, long-billed curlews that seemed to loiter around horse patty piles, and would try to steer his tractor around them during his work. But then he got to thinking about why the birds were there. Curlews are attracted to manure piles for one crucial reason: their nests and eggs are perfectly camouflaged next to them. And the act of spreading out the manure was destroying curlew nests.

Knowing that, the Teagues changed their farming practices, and no longer work the pastures in the spring. Before, there were only a couple of pairs of curlews on the Teague property. Now, over a dozen pairs raise their young in the lush grasslands of Woodworth Meadows, alongside a host of other wildlife species: deer, elk, bears, whooping cranes, a plethora of small mammals and even the very occasional mountain goat.

The Teague easement is notable for another reason: it's possibly the first conservation easement in the state to incorporate specific language allowing for a fire camp. True community partners, Sharon said at their easement celebration, "We saw how bad the Jocko fire was a few years ago. We wanted to do something." Now, in the event of wildfire, fire crews can set up shop on the of Teague easement.

A tremendous thank you to the Teague family! We are looking forward to working with them to steward their easement in perpetuity.