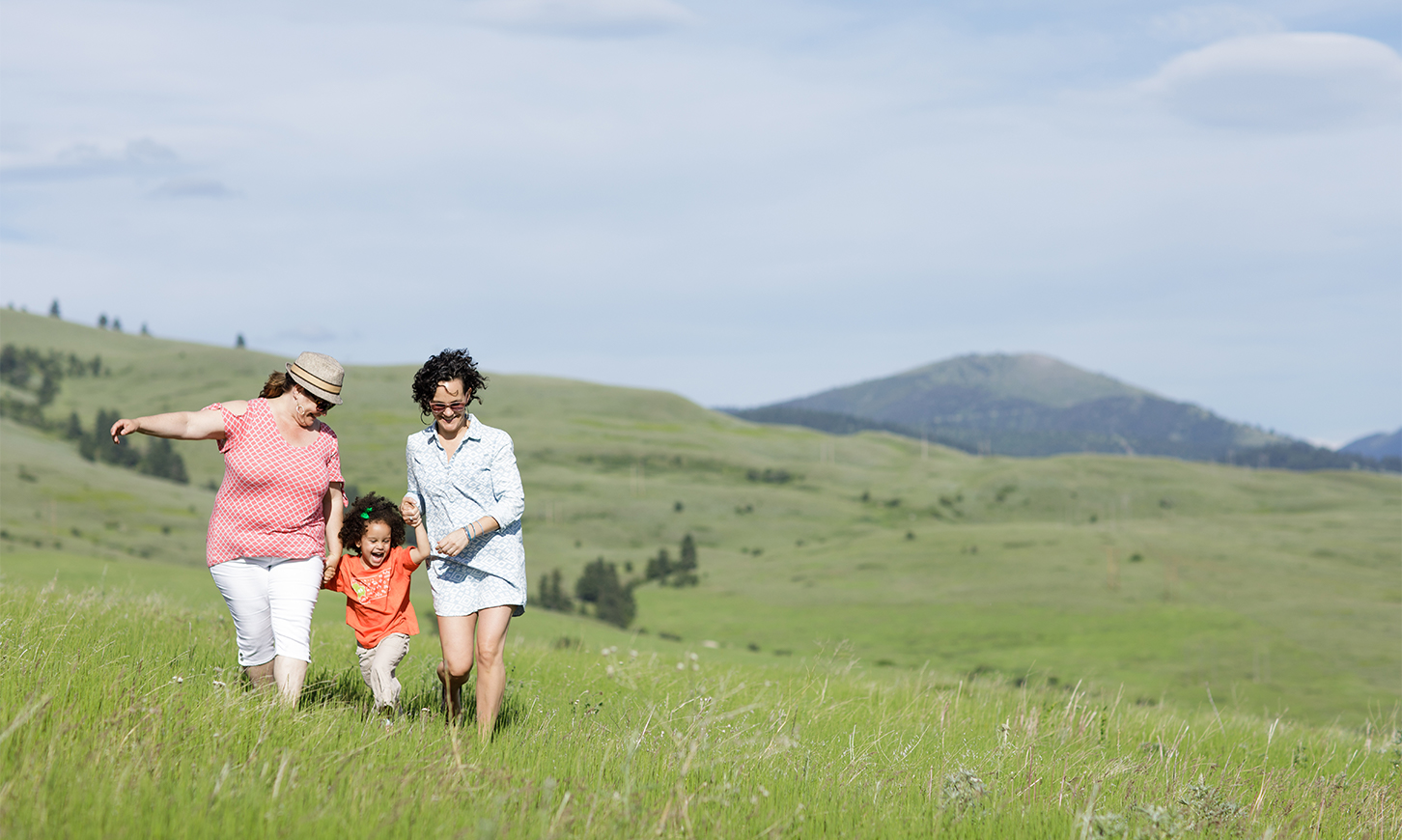 Nearly 50 years ago, Five Valleys got its start protecting the lands and waters around Missoula, and connecting our community to those beloved places. In the spring of 2019, we celebrated a continuation of that legacy.

Looking out from the western edge of the North Hills, the rolling grassland complex that hugs Missoula’s north side, lies the 124-acre Bluebird-North Hills property. The North Hills have long offered Missoulians access to trails and the outdoors; but the complex’s trailheads primarily serve the nearby Northside and lower Rattlesnake neighborhoods. New trails on the Bluebird-North Hills property will benefit the rapidly-growing neighborhoods west of Reserve Street, an area that is expected to see thousands of new homes in the coming years, and which is currently underserved by the City’s system of conservation lands. The Bluebird Trailhead will be developed off of the Montana Snowbowl park and ride lot on Grant Creek Road, thanks to the generosity of Snowbowl’s Morris family.

The highly desirable property was put on the market and could easily have been sold into private ownership. However, J. Grant Lincoln and Gary D Cooney MD, the community-minded landowners, preferred that the land become public open space rather than privately developed. Working with the landowners, community partners, and The Conservation Fund, Five Valleys moved quickly to purchase the land as an interim owner with the aim of transferring it to the City of Missoula with the help of open space bond funds. The transfer of ownership to the City of Missoula was finalized in the fall of 2019. In addition to spectacular views of both Missoula and the Rattlesnake Wilderness Area, the property provides habitat for a variety of grassland species, including indigenous Missoula phlox, bitterroot, elk, birds of prey, and of course, bluebirds.

The effort will also provide access to previously inaccessible protected lands. In 2010, Five Valleys worked with Allied Waste, now Republic Services, and the Missoula Open Space Bond Program to complete the North Hills-Allied Waste conservation easement. Through a connected trails plan, the Bluebird-North Hills property will open over 420 acres to the Missoula community, and will extend the arc of conservation lands around the City, from Grant Creek to Mount Dean Stone.

Five Valleys is proud to be continuing our work of enhancing the livability of our community while protecting treasured open space and wildlife habitat, for both the Montanans of today and generations to come.