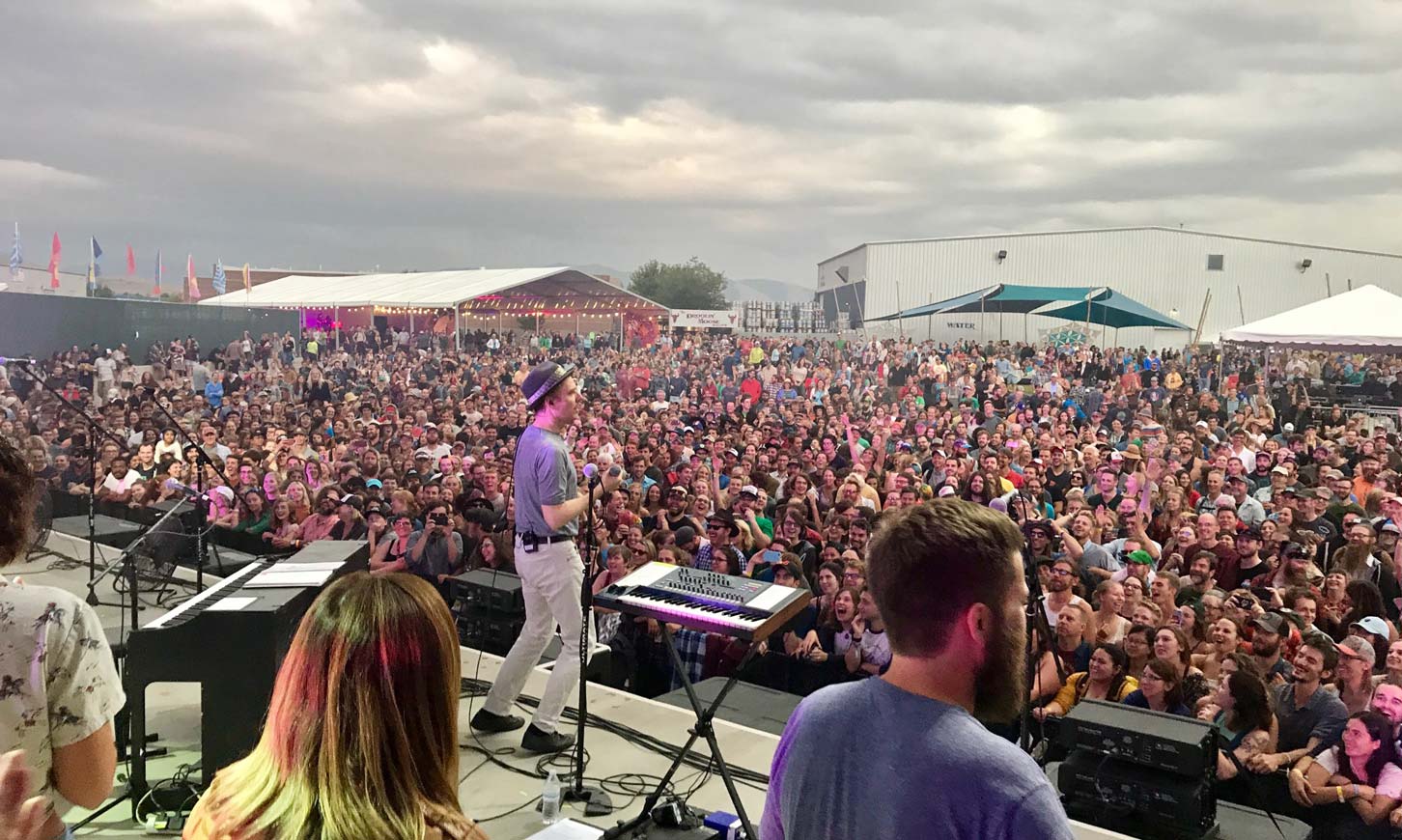 In exchange for pouring beer and selling drink tickets, Five Valleys received a portion of the beer sales proceeds.  In 2016, the Big Sky Brewing Company Summer Concert Series raised $44,000 for conservation in western Montana. This year, proceeds and tips will support the Mount Dean Stone project.

To handle the drink needs of thousands of thirsty festival goers, Five Valleys enlisted the help of over 150 community volunteers—an unprecedented effort. The volunteers worked in shifts to staff the two bars, sell drink tickets at the four ticket booths, and man the Five Valleys information table. Whether in sun, wildfire smoke, rain or the bustle of a festival, our volunteers were nothing short of amazing. Many came back for more than one shift!

A huge thank you to our volunteers, Big Sky Brewing Company, headliner band The Decemberists, and production company Knitting Factory Presents for making the Travelers’ Rest Festival a resounding success.  Great music, great beer and great fun was had by all!

On September 24th, Five Valleys will close out Big Sky Brewing Co.’s summer concert season by pouring beer at the Modest Mouse concert.  Click here to learn more about, and volunteer for, this event.