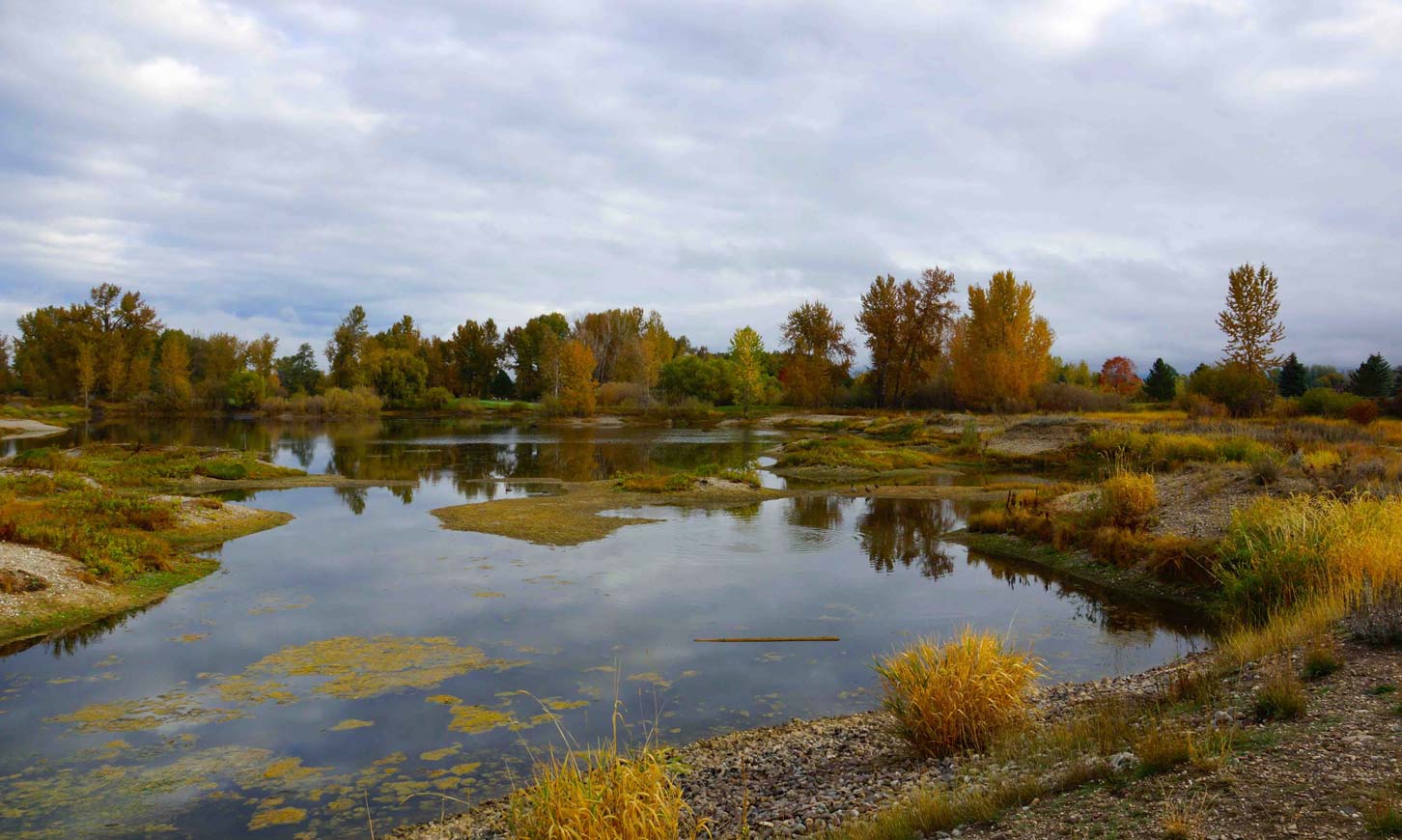 On August 15th, members of the Western Montana Retriever Club (WMRC) and Five Valleys staff and board members celebrated the protection of 43 acres along the Bitterroot River, south of Missoula.

The property is cut through with emergent wetlands, riparian cottonwood forests, gravel bars, ponds and sloughs fed all from the adjacent Bitterroot River. The landscape makes the property the perfect place to train retriever dogs. The Club hosts dog training, field trials and hunt test competitions. For the Club though, protecting the land was always about much more than their use of it.

“We don’t know if the club will be around 50 years from now, but we want to make sure this land is around.” - June Lederer, Western Montana Retriever Club president, as told to the Missoula Current.

In 1989, members of the WMRC placed a conservation easement on seven acres of the property, which is monitored by Five Valleys. The club has been good stewards of their land in the intervening 28 years, and in 2015 the club contacted Five Valleys about expanding the footprint of land that is under protection. The recent project amended and expanded the original easement, bringing the total area up to 50 acres.

Not only will this property, located in the fast-developing Miller Creek neighborhood, be protected from future development, the conservation easement placed on the land will forever protect nesting habitat for birds, safeguard populations of two rare aquatic plants, and ensure that scenic views from the Bitterroot River will remain in perpetuity.

Bird species as diverse as osprey, spotted sandpipers, ducks, swallows, wrens blue herons and tree cavity-nesting songbirds make their home on the property for at least some of the year. Two rare aquatic plants, toothcup (Rotala ramosior) and Columbia water-meal (Wolffia columbiana) have also been documented on the site. Toothcup is a small, flowering annual which is considered rare in Montana. Columbia Water-meal is a tiny, floating, aquatic perennial, and is among the world’s smallest flowering plants. Like toothcup, Columbia Water-meal is widespread globally but uncommon in Montana, where it has been observed in just eight locations around the state. Both species were found to be thriving on the WMRC property.

The WMRC project was made possible by funding from the 2006 Missoula County Open Space Bond, which covered the transaction costs of the donated easement.

“We are very grateful” said Lederer.  Five Valleys is, too. We’re looking forward to helping the Club safeguard their land for generations of dog lovers, and nature enthusiasts, to come.